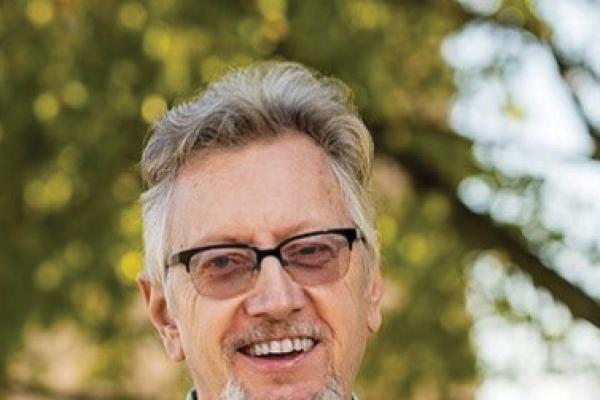 The exhibit, Pokagon Potawatomi Black Ash Baskets: Our Storytellers, explores the artistry, tradition and importance of basket making among the Pokagon Band of the Potawatomi people, according to a press release from the Field Museum. These baskets hold a place of special honor and respect among the Pokagon Potawatomi and are treated as living members of the community. However, forces over the past century have threatened the revered practice of basket weaving. First, U.S. federal government policies stripped Native American tribes of their rights to continue cultural practices. More recently, the ecological disruption of the emerald ash borer threatens the existence of black ash trees used in traditional basket making. This exhibit tells the story of Pokagon Potawatomi resilience and warns of calamitous impending environmental consequences.

While the Pokagon began seeking federal recognition in the 1930s, their fight for sovereignty faced decreasing momentum as the Pokagon Potawatomi cultural identity weakened over the ensuing decades. With basket weaving nearly lost, Agnes Rapp and Julia Wesaw created a co-op that reintroduced the art to the Pokagon. In turn, the co-op helped reinvigorate a movement to maintain tribal culture and traditions, and the Pokagon Potawatomi finally won their fight for sovereignty in 1994.

"The Pokagon Potawatomi peoples are familiar with the traditions of our ancestors and know the multiplicity of stories within baskets. The baskets — assumed silent, static and lifeless — speak to many of us," said Low.

Today, basket making has rejoined its previous importance in Pokagon Potawatomi culture, and the tradition continues to be passed from one generation to the next. However, the black ash trees used to create these baskets face their own threat. The emerald ash borer, an invasive beetle from northeastern Asia, has destroyed more than 60 million ash trees since arriving in the United States aboard shipping crates in the 1990s. How will traditional basket making survive this new and highly destructive threat

"The hands heard weaving are the same hands that make bread and plant seeds for food. Seeds of knowledge and wisdom are also planted with those busy hands," says Low. "Stories emanate from the baskets. Like the songs, prayers and plantings of our grandmothers, we hear those stories. Because we know to listen. We know the songs the baskets sing. We listen, and smile, and say a prayer of gratitude."

Pokagon Potawatomi Black Ash Baskets: Our Storytellers will be on display to the public from April 16, 2021, until February 20, 2022, in the Field Museum's Marae Gallery. The exhibit features handmade baskets by prominent members of the Pokagon Potawatomi tribe, a media piece that features Agnes Rapp and other basket makers at work and emerald ash borer specimens. This exhibit is free with the cost of museum admission and open to visitors of all ages. Read more about the exhibit at the Field Museum’s website.

The NEC is an interdisciplinary academic center of The Ohio State University that focuses on advancing the understanding of the cultural and scientific achievements of American Indians through projects and research about the cultures that produced monumental Midwestern earthen architecture.

The Ohio State University at Newark offers an academic environment that's inclusive of diversity, challenging but supportive with world-renowned professors and access to Ohio State's more than 200 majors. It's where learning comes to life. Research, study abroad and service-learning opportunities prepare students for their careers in ways they never expected.

This article was first posted at https://newark.osu.edu/.