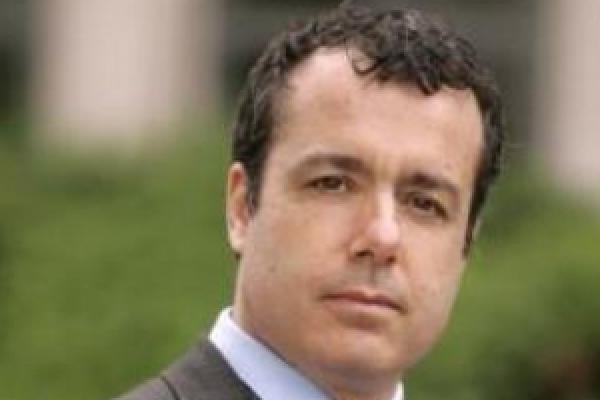 On Monday, Oct. 8, The Ohio State University will recognize and observe both Columbus Day and Indigenous Peoples’ Day.

Daniel Rivers is director of the American Indian Studies program and associate professor in the Department of History who teaches modern Native American history and LGBT history. He is a citizen of the Choctaw nation of Oklahoma and is Chickasaw by descendance. He weighed in on the history of Ohio’s indigenous peoples, their removal during settlement in the late 1700s and early 1800s, the origins behind Indigenous Peoples’ Day and Christopher Columbus’s ties to the city of Columbus.

Why is Indigenous Peoples’ Day important for people to recognize?

First, I must express my gratitude to Alex Wesaw — a graduate student in urban planning and a citizen of the Pokagon Band of Potawatomi Indians — for his effort on behalf of the resolution as Council of Graduate Students president as well as all of the other graduate and undergraduate students who saw the necessity of this change and worked for it.

This recognition helps foster an atmosphere of inclusion for Native American students and faculty. At the same time, it expresses that Ohio State is a campus invested in thinking about and prioritizing its own relationship with Native studies and peoples. It recognizes the fallacy in the notion that the United States was “discovered,” and it communicates the larger Ohio State community’s commitment to a model of diversity and inclusion that includes the indigenous peoples of this very region.

I think it’s important, particularly at Ohio State, to recognize that while all land in the United States is Native land, the territory we find ourselves in here on campus is unique. As settlers poured across into the interior from the strip of the 13 colonies in years following the American Revolution, they came through in two different locations: across the trans-Appalachian plateau and westward through Pennsylvania across the Ohio River into this space — the Ohio River Valley.

When they did that, they brought with them a cataclysm for the Native peoples who lived in each of these places. My own tribe — the Choctaw — was one of the tribes that was deeply affected by this onrush of settlement in the American southeast. But the tribes that existed in this region, the Shawnee, the Lenape or Delaware, the Wyandot, the Miami, these tribes that were historical to this region were in a way the first witnesses to the second wave of chaos and violence that the settlement from the east would bring. As such, there were many really important things that happened here. One of the most famous was the attempt on the part of the great Shawnee warrior, Tecumseh, and his brother, Tenskwatawa, to push the settlers back across the river, to reclaim the region as Native territory, to assert the Ohio River as the edge of permitted settlement, and to reassert the importance of Shawnee traditional values. One of the most amazing things about what Tecumseh did was that it’s one of the first pan-Indian movements. Tecumseh traveled all over native North America and tried to enlist support in this attempt to push Anglo-American settlement back across the river. In doing so, he forged new, pan-tribal connections that can be seen as a precursor to later pan-Indian resistance movements.

One of the other important historically specific truths about recognizing the importance of Native studies here at Ohio State is the fact that that although this region has this deep, rich history in terms of Native resistance and historical tribal presence, we actually don’t have any federally recognized tribes in this region. In the mid-century, the tribes here were removed by the federal government, and only their relocated members, in Oklahoma and Kansas, were recognized as legitimate by the federal government. So in that way, we sit in a site of evacuation; this also makes it deeply important that we recognize and value Native history and studies here on campus.

The fact all of that occurred here on the ground Ohio State sits on makes it deeply critical for us to understand that history; to highlight and prioritize that history, which I think the naming of Indigenous Peoples’ Day really helps bring about.

What are the origins behind Indigenous Peoples’ Day, the holiday’s observance and the growth of it in the public’s perception?

It was first suggested to replace Columbus Day with Indigenous Peoples’ Day in 1977 and has to be seen as coming out of the important wave of Native political and legal activism in the 1960s and 1970s, including the emergence of the American Indian Movement, as well as movements in the courts toward tribal sovereignty and the recognition of the importance and complexity of Native American history. It is about recognizing the need for a history that focuses centrally on Native peoples themselves and their experiences of not only early contact but also of the centuries of Native and non-Native interaction that comes after that. That focus — which also imbues the continuing fight for tribal sovereignty and treaty rights — is part of the renaming. I think in the renaming we recenter our focus away from the arrival of non-indigenous peoples and the beginnings of the conquest to a focus on indigenous history and cultures themselves.

Speak to the history of the opposition toward Columbus Day.

I think that as Native Americans began to voice new political and social demands in the 1960s and 1970s, they challenged various tenets of American history that had been laid down as unquestionable up to that point; one of them was this notion that Columbus or the other explorers of the 15th and 16th centuries “discovered” America. For Native American folks, the notion that Columbus didn’t discover America — that in fact there were huge civilizations here that he stumbled on and who paid dearly for that initial encounter in an immediate sense — I think that notion is not a new one. But to allow space for that different narrative in institutional spaces as we’re doing here at Ohio State, I think that’s really critical. It will help us have conversations about this moment, the arrival of Columbus and its significance to Native peoples, as well as asking what these alternative visions mean for our larger communities, how can we think about them in a complicated way that does justice to not only the long history of Native American peoples on the continent but also the continuing struggle for Native American people for justice and sovereignty today?

Native Americans are very much present here today. That was a message that the graduate and undergraduate students who worked hard for this expressed. I think they are right. When we reclaim Indigenous Peoples’ Day, we not only change the perspective on the moment of “discovery,” but we also give Native people agency. It has effects not only for the way we understand history, but also for the way we understand the present today. By recognizing Indigenous Peoples’ Day, we challenge the narrative of the vanishing Indian, and we say instead that the indigenous peoples of North America not only were here when Christopher Columbus arrived but continue to be present and a vital part of American society, which I think is really valuable.

Speak to how active the American Indian Studies Program’s students, faculty and staff around campus and the community.

I think we have a really dynamic American Indian Studies community here at Ohio State. A critical strength of AIS is our collaborative engagement with the Newark Earthworks Center in Newark. The center contains the largest contiguous earthworks of the ancient Ohioans, the Hopewell peoples. It’s a gigantic and amazing site that looks to be on track for UNESCO World Heritage status in the next couple of years. Its presence here enables us as American Indian Studies faculty, staff and students to take part in colloquium and visits by Native American lecturers and artists to the earthworks. Over the years, these have included visits, events and ceremonies by and with members of the removed tribes I mentioned earlier — a palpable way of incorporating the complexity and grandeur of this ancient space into rethinking and healing historical erasure.

One of the other exciting things about the AIS program moving forward is that we’ve just been incorporated into a new Center for Ethnic Studies, along with Asian American Studies and Latina/o Studies. I think this new Center for Ethnic Studies that our three programs will be organized under offers us a really exciting opportunity to create curricula and programing that will encourage the students to make links between struggles for social justice in the 20th century across the classes we teach. We can foster faculty engagement and cooperation, and I think all of this will not only raise the visibility of our programs on campus but will I think be a real strength for our students moving forward.

The city of Columbus is named after Christopher Columbus. What kind of dynamics are unique to this city regarding Columbus Day and Indigenous Peoples’ Day?

We could ask ourselves if it seems accidental that it occurs in a place where the tribes were so forcibly removed in such a small period of time. The celebration of the discovery that wasn’t a discovery is part and parcel of the narrative that needed to be adopted that spoke of this land as an empty land. I think all of those narratives are fundamental to the development of these cities here. In the case of Columbus, named in celebration of Christopher Columbus, who did not discover the new world but instead found it and treated it and its peoples as commodities, those things go hand in hand. I think Ohio State’s decision to celebrate Indigenous Peoples’ Day encourages us all to engage in a more complicated dialogue about all of those histories and how those histories come together, what kind of work they do, and what agendas they promulgate.

Can you speak to the backlash regarding the observance of Indigenous Peoples’ Day over Columbus Day?

Native American activists and scholars in a new era that emerged in the 1960s and 70s recognized this and one of their most consistent demands had been to challenge that narrative of vanishing, of forced assimilation, and to instead to articulate a vibrant, vital tribal presence made up of a beautiful pluralism of peoples. I think that commitment to challenging that invisibility narrative makes the naming of Indigenous Peoples’ Day fundamental. If the demands that Native Americans vanish, that sovereign tribal nations give up those rights to sovereignty and become instead an undistinguishable part of the American polity, if those demands are actually to be seriously questioned and challenged, I think the visibility that comes from the recognition of Indigenous Peoples Day is essential.

How do you see this discussion evolving in the near future?

I hope that the discussion can be an open one — a complicated and engaged one — where individuals who come from a variety of perspectives on the history of this region and the importance of the city’s celebrations of itself, as well as individuals who come from indigenous perspectives and want to highlight the historical and continued presence of indigenous peoples here can engage in constructive, critical, useful dialogue. I think that’s one of the things that I hope we do best at the university and is one of the really beautiful things about it — that it is a place where open, respectful, yet critical dialogue is encouraged and facilitated. I love that about the place we work and study.